How do EuroLeague players prepare for the season during summer? What is their workout schedule? How do they train? What do they eat and what kind of foods they avoid? We found out.

The calendar shows the date to be August 27. Following a quite busy summer, transfer-wise, by now nearly all 16 EuroLeague clubs have launched their preseason training camps ahead of the 2018-2019 season.

While the teams’ group preparation has just started, the work outing for EuroLeague players was a continuous, never-ending process over the summer. It’s the grind and effort that many players will agree it plays a significant part in the quality and consistency of their performance during the season. And since we are talking about Europe, where players often have official games from September to June (usually in three, or more competitions) it goes without saying that reaching the endgame situations of May/June with a top-notch shape backing your game is more than critical.

Summer provides an abundance of time, yet adjusting your day-to-day schedule to include the necessary workout sessions and also spend moments with family and loved ones (something that often becomes a luxury for many American players who spent nearly 10 months per year in Europe) can be tricky. As you will read below.

From young players that will embark on their maiden campaign in the top-tier continental competition, to veterans with a multitude of continental titles and individual honors in their resume, several EuroLeague players talked to Eurohoops answering questions regarding the offseason workout, training program, diet schedule, and eating habits they follow during summer. The list of players also includes EuroLeague Players Association president Gigi Datome and 1st Vice President Kyle Hines.

1. What do your training/workout schedule and gym routine involve during the summer?

Gigi Datome (Fenerbahce): I had two weeks totally off. After that, I followed a specific program in order to arrive ready to practice with Fenerbahce’s strength and conditioning coach in August. Let’s say, I have a day off every five-six days. And every day I spend more or less three hours in the gym between lifting athletic and basketball. 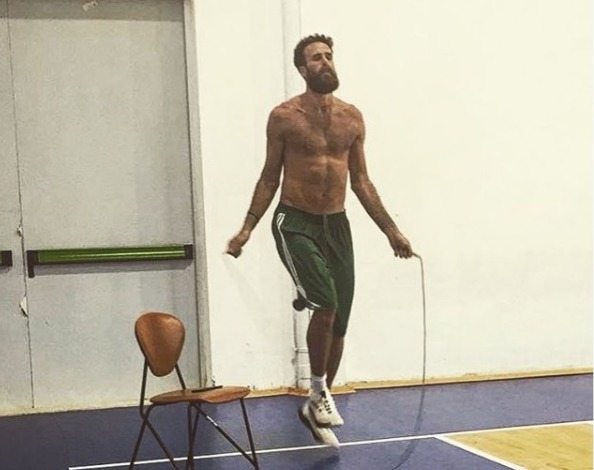