San Pablo Burgos produces the lone away win in Basketball Champions League Round of 16 Game 1.

On the verge of extending its Basketball Champions League campaign into the quarterfinals is San Pablo Burgos. Wednesday’s road victory against Dinamo Sassari was of massive importance, was the only away win all around the Round of 16 Game 1 action as well. Not too bad for a European club competition newcomer.

Let’s take a step back. The Spanish outlet was promoted to ACB only three years ago, ahead of the 2017-18 season. Following a couple of solid seasons in Spain’s top-tier division went on to compete in BCL. Needed a pair of qualifying games versus Kyiv Basket just to make it to the Regular Season.

Afterward finished third in Group B, arguably the strongest out of the four eight-team formations. Well, the third spot might be misleading. The team coached by Joan Penarroya actually clinched its playoffs berth in Round 14, with the last-week home win against RASTA Vechta.

Will the Cinderella story continue? It sure looks like it with the 1-0 lead in the best-of-three series opposite to Sassari and Game 2 at home next Tuesday. Exciting times for the Spanish club, but head coach Penarroya is in no rush to draw conclusions. 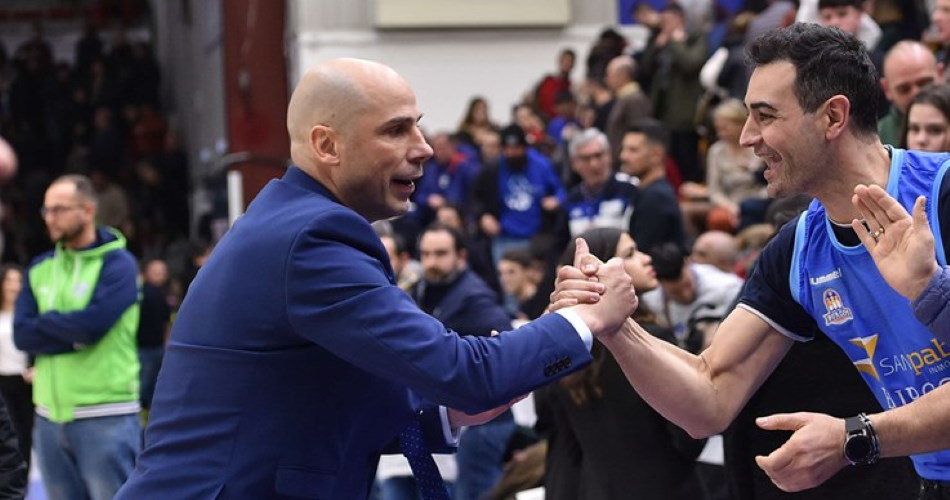 Fourteenth place in its first ACB run and 11th last season, Burgos is currently knotted with three more teams in the eighth spot of the table with an 11-11 W-L tally. Making it to the Spanish League playoffs is the main goal, but the Basketball Champions League offers an additional opportunity for groundbreaking success.

“A very important victory for us, for the team, for the city, for our history, but it’s only the first game,” the 51-year-old Spaniard pointed out summing up Wednesday’s game during the following post-game press conference, “We need to win two games.”

Penarroya saw a 17-point lead evaporate before his players got back in charge down the stretch. He picked out the turnovers and defensive rebounds as the main problems that allowed the hosts to dig their way out of the 17-point hole.

“I am happy with the mentality and the energy shown by my players. I think we played well,” he mentioned, “But we had two bad spots with our turnovers and our defensive rebounds. They made 30 points out of our 21 turnovers.”

Vitor Benite scored 30 points improving his team-high season average to 14.8 points per contest. Earl Clark with 16 went up to 12.1 points per Champions League outing. Aside from the two main offensive weapons for the night and the 2019-20 BCL run overall, Ferran Bassas added 12 points, five assists, and four boards in just over 25 minutes.

“Good defense,” the 27-year-old Spaniard point guard underlined regarding the key for the “W”, “We let them run in the second half and they got back in the game. But we played good defense in the last five minutes to close out.” 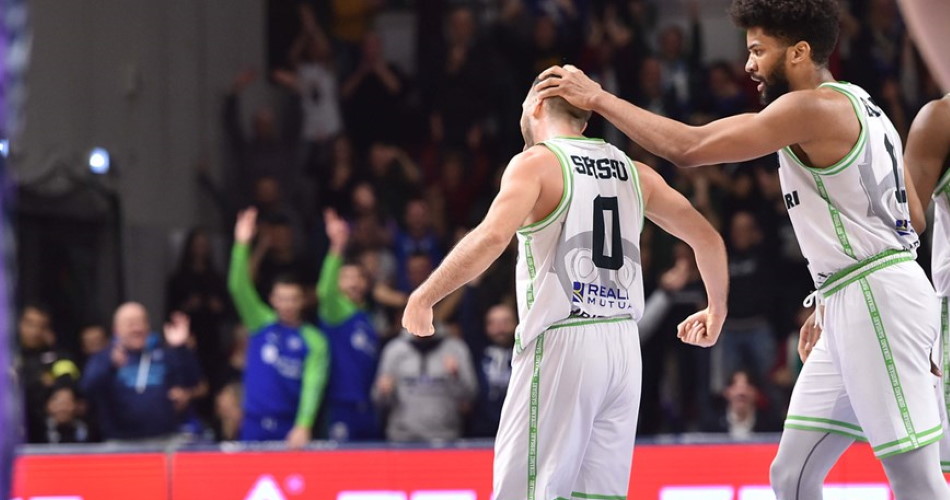 Looking on the other side of things, Sassari dropped its home-court advantage. Head coach Gianmarco Pozzecco noted his side’s inactivity since February 14th as one of the factors.

“We hadn’t played for about 18 days so we came out a bit rusty,” the 47-year-old Italian admitted, “We were used to playing frequently and we paid a price for not playing in such a long time. The first half was, in my opinion, a result of that long break.”

The Coliseum Burgos will host Game 2 next Tuesday. The Italian team will attempt to tie the series at one win apiece and return it to home soil, but the hosts will be looking for the two-game sweep. Hapoel Bank Yahav Jerusalem or Peristeri winmasters will be the next foe for the advancing side.