LNB released the bugdets of the ProA clubs

The LNB presented to the public the budget of each French club of the first and second division.

According to French sport law, LNB announced the bugdets of all professional clubs of the first and the second division. There’s no club in the top “Jeep ELITE” division, which spends less than one million euros in players salaries.

As expected, LDLC ASVEL and Monaco have the biggest badgets and spend almost three million euros in salaries. Here’s the full lists with “masses salariales” being  the ammount of salaries spend on players contracts.

LNB and the VTB United League are the only European leagues that present to the public the bugdets of their clubs. 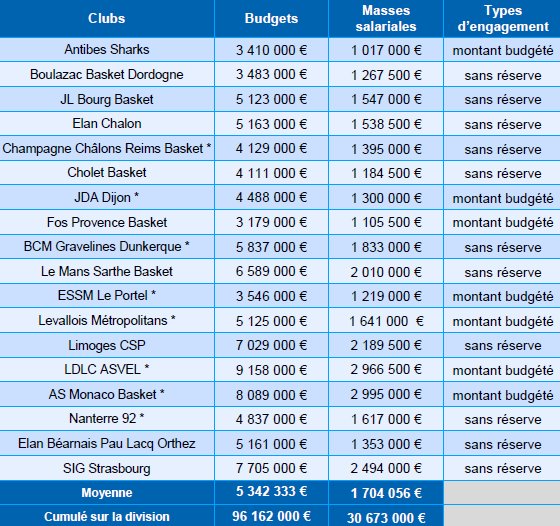