Jayson Tatum accomplished something no other player in NBA history has done with his display against the Miami Heat on Wednesday night.

According to stats, no other NBA player has ever had several games with such stats before Tatum.

Stephen Curry, Paul George, Damian Lillard, Kobe Bryant, James Harden, and Ray Allen have all done it on one occasion each.

Tatum’s 49-point performance was a season record and his 14th game with 40 or more points. He also hit his 900th career 3-pointer, making him the first NBA player with 900+ 3s before the age of 25.
The remarkable feat helped the C’s defeat the Heat 134-121. Tatum hoped to repeat the feat on Friday when Celtics fell 116 – 120 to Miami. With his form, you can check out https://www.legitgamblingsites.com/online-betting/nba/ and bet on Tatum to go for the third time this season.

Despite having seven players in double digits, shooting 52.2 percent from the field, and hitting 18 of 39 3-pointers, the Heat fell by 13 points. Boston’s attack is on another level right now, scoring more than 130 points for the third game in a row.

If Prince William and Princess Kate were wondering who the Celtics’ greatest player was, Tatum provided an instant answer.

Tatum went on an offensive display in front of the royals and the rest of the TD Garden, scoring 11 of Boston’s first 20 points and 16 in the first quarter

The Celtics often have a well-balanced offense, but Tatum carried the offense in this one, scoring 28 points in the first half and another 41 by the end of the third quarter on his way to a season-high scoring output.

Tatum contributed on both ends of the court with a pair of steals, one of which led to a solid finish that stymied a Heat surge late in the third quarter.

MVP candidates may affect the game in various ways, and Tatum’s task today was to score baskets. After the Heat cut Boston’s advantage to single digits in the fourth quarter, Tatum took control, nailing a pair of 3-pointers to seal the game.

Right now, the sixth-year forward is just on another level. 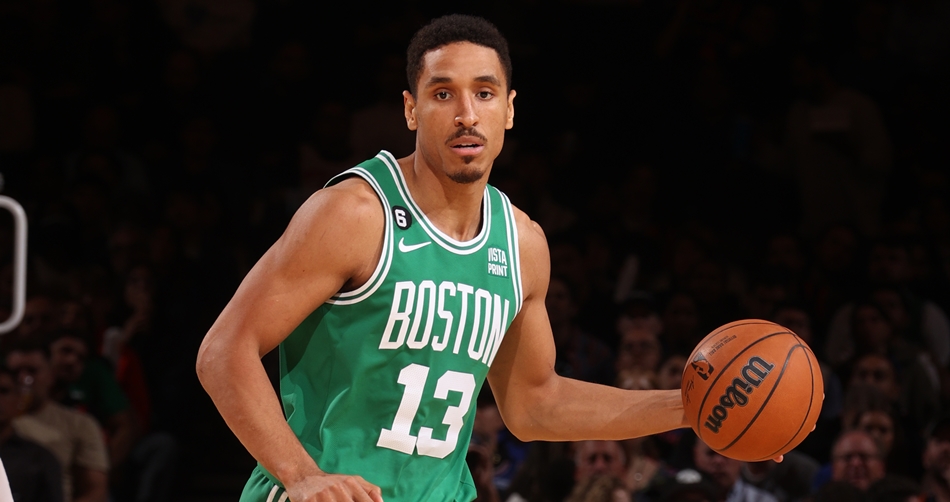 Malcolm Brogdon is on fire

Brogdon continues to provide starting-caliber performance off the bench for the Celtics.

The veteran guard scored 21 points on 7-of-10 shooting, including five 3-pointers, and grabbed six rebounds. Brogdon’s second-half shooting was a significant reason the Celtics kept their advantage.

Brogdon has averaged 17 or more points in three straight games, raising his season-scoring average to 14.0. Even on an evening when Tatum was the spark, the Celtics needed Brogdon to be aggressive on the second unit, and he delivered.

Without Time Lord, Boston hasn’t lost a beat offensively. But they might benefit from his defensive abilities, as seen by his performance on Wednesday night.

The Heat had open looks all night and pushed the ball inside at will, scoring 50 points to Celtics’ 44, led by Bam Adebayo.