How do the numbers of the top European NBA stars measure up against their competition.

European stars have long been a staple in the NBA, and professional American basketball has seen lots of top names hailing from the other continent make a home of its top league while making a name for themselves.

The likes of Toni Kukoc, Dirk Nowitzki, Tony Parker, Arvydas Sabonis, Peja Stojaković, and Pau Gasol are some of the biggest names to have hailed from Europe and have 11 NBA championships between them, with Kukoc boasting three with the Chicago Bulls, Parker winning four with the San Antonio Spurs, Gasol snagging two with the Los Angeles Lakers and Nowitzki and Stojaković each winning one with the Dallas Mavericks.

The continent is continuing to grow its brand in the United States and players born there have been stacking up pretty impressively against American-born stars. Take Giannis Antetokounmpo for example. At 27, he’s already won a championship and has been named MVP on two occasions. The center, who was born in Greece and drafted as the 15th overall pick of the 2011 NBA Draft, is also soon to be a seven-time All-Star and was the Defensive Player of the Year in 2020. He has made the All-NBA First Team four times.

Giannis has been one of the most difficult players to guard over the past few years. He is almost an automatic bucket in the paint and can create his own shot. It’s nearly impossible to stop him once he has a full head of steam charging at the basket and unfortunately has to deal with getting beat up in the paint.

“I take a lot of hard hits but at the end of the day it’s basketball,” Antetokounmpo said after a 119-111 win over the Portland Trail Blazers on Monday, per ESPN. “I enjoy putting my body on the line. It puts a fire in my belly and wakes me up. When I get hit, I kind of enjoy it. I feel I’m part of the game, I’m locked in and I’m being aggressive.”

The Greek Freak scored 37 points on 16 of 24 shooting on the night.

“Obviously playing Giannis it’s always going to be a tough night,” Blazers guard Anfernee Simons said on guarding Antetokounmpo. “He’s just so tough to guard. It took all five of us to guard him.”

The 27-year-old is averaging 30.1 points, 11.6 rebounds, and 5.4 assists per game this season and the Bucks are second in the Eastern Conference with a 12-4 record.

Meanwhile, in the Western Conference, two of the game’s best Europeans are continuing to add to their legacies.

Nicola Jokic is a two-time regular-season MVP who has been one of the most creative scorers over the past two seasons; he’s quite fun to watch. The two-time Serbian Player of the Year, who plays for the Denver Nuggets, has also been selected to the All-NBA First team three times, while he’s made the All-Star Game four times.

Jokic only recently came off an injury to score 31 points, 10 assists, nine rebounds, one steal, and one block in 37 minutes against the Detroit Pistons. He’s not gotten off to that great of a start this season, averaging just over 21.0 points per game so far, but he’s averaged 26.4 and 27.1 points a contest in the last two campaigns. 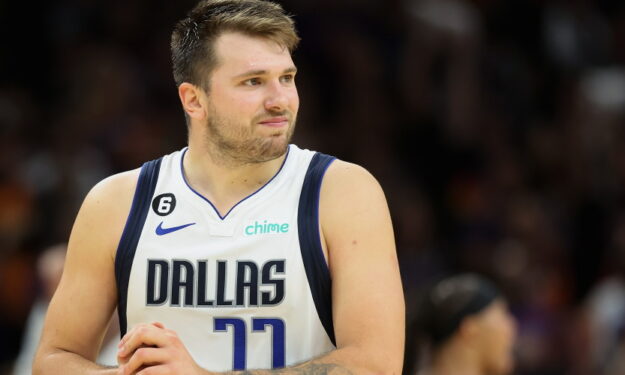 Luka Doncic, though, is probably the most popular star hailing from Europe right now. This season, he already became just the third player in NBA history to score 30 or more points in his first seven games of the season. He famously led the Mavericks to the Western Conference Finals last season, surprisingly getting past the Phoenix Suns. The Suns are still dominating out West at the moment, so the Arizona sportsbook promo codes will no doubt be something fans will race for when the teams meet again on December 5. The Suns came out on top when they played last month.

The 23-year-old Slovenian was already an established star on the European scene before he was drafted by the Atlanta Hawks in 2018 and later traded to the Mavericks.

Doncic is one of the most exciting guards to watch and is destined for great things. He’s made the All-NBA First Team on three occasions to date and is a three-time All-Star as well.

The former Real Madrid star leads the league in scoring to date, having posted an average of 33.5 points per game so far, and has averaged over 26.0 points per game for his career.

So Europe can feel pretty good about how its players stack up to their American counterparts. No one is scoring more than a European this season.