Shane Larkin: A lot of guys in the NBA wouldn’t be able to play in Europe

Shane Larkin talks how he went back to being himself in Europe, the reasons he said “no” to NBA teams to return to Efes, Team USA and how he wants to help people with OCD.

If there was a survey about who has been the “hottest” player in Europe in 2019, then Shane Larkin would most likely dominate the popular vote.

It was March 7 when Larkin began to seriously pump up the volume of his game by dropping 37 points in a EuroLeague win over Barcelona to tie the fifth-best scoring output this century in the competition. He proceeded to lead Anadolu Efes’ to the Final Four for the first time in 18 years while torching the “Blaugrana” in the process. The same team the American guard nearly joined in 2017.

The records then began piling up. In Vitoria’s Final Four, a blazing Larkin put on some offensive performances that European basketball hadn’t seen in ages, scoring extravaganzas that were the stuff of legend. Efes lost to CSKA Moscow in the title game, but that didn’t change the fact that it was a historic team run paired with some monumental outings by Larkin.

The Turkish League Finals MVP as Efes won its first championship title since 2009, was the cherry on the cake. Now, Larkin has started the new season in pretty much the same fashion he completed the previous one: By making buckets at a furious rate. 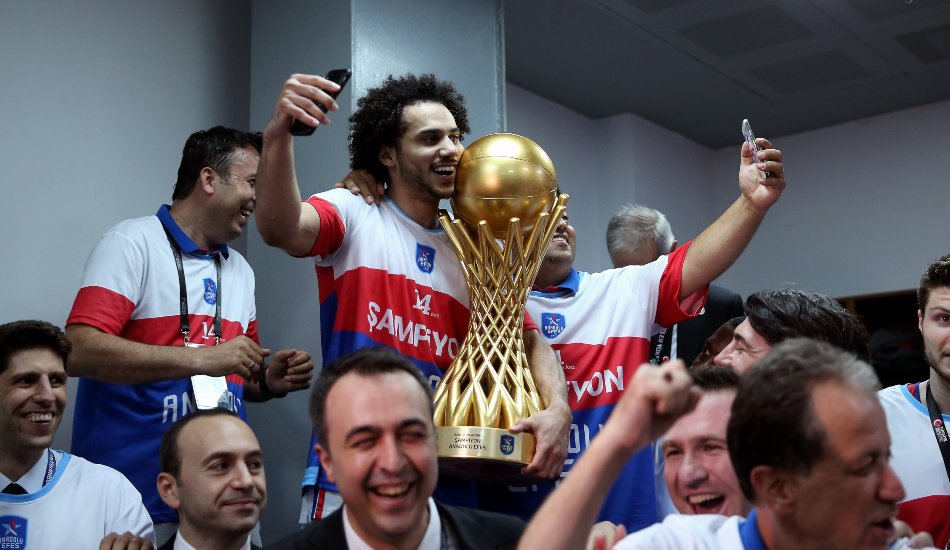 24 hours before his latest exploit, Larkin sat down with Eurohoops to discuss how he rediscovered himself in the previous campaign, the reasons he turned down NBA opportunities in the offseason, Team USA, and a vision he has to help people who, like him, have battled OCD (Obsessive Compulsive Disorder).

– After six years of playing professional basketball, this season marks the first time in your career that you stay with the same team. Why do you think it happened just now?

– How different is this Shane Larkin in comparison with the one who returned to Europe a year ago?

– “I think I just really got back to being who I was. I was a first-round Draft pick (18th overall pick in 2013). And I was a point guard in college but I was a scoring point guard. And I think when I got to the league, I kind of tried to adjust myself and tried to be somebody who I wasn’t. I think that kind of hurt me. Last year, I just really made it a point to go back to being who I was. To be to who got me to where I am. Who got me to be a first-round pick and have all the opportunities that I’ve had. Now, whether I’m here, there, wherever, space (smiles), wherever… I’m just going to be who I am and play my game the way I can.”