Usman Garuba: Doncic should be a mirror in which to look, without getting obsessed

Usman Garuba, one of the greatest young talents in European basketball, talks with Eurohoops about the Real Madrid academy, being coached by Pablo Laso, or how he dreams of playing the Olympics

He is 18 and has been in the elite for just two years, but his words show the maturity of a veteran. Usman Garuba (Madrid, 2002) is one of the great hopes of Spanish basketball and, of course, another of the great products of the Real Madrid academy. A machine that destroyed some of the precocity records held by Luka Doncic, a teenager that managed to find a place in Pablo Laso’s rotation, because, as he tells us, his coach doesn’t look at the Identity Document of his players.

It seems that Usman is more shy talking to Eurohoops than on the floor. However, as the conversation progresses, the Azuqueca Panther, a nickname he proudly wears on his sneakers, begins to relax.

People have been talking about you since you were 12 years old, and therefore there were high hopes about your development as a player. But… what a way to become a protagonist in the team, Usman!

To tell you the truth, it has taken a lot of work and effort. I have had a lot of help from the players and the coaches. Thanks to that, I am here.

“The next star” or “Garuba follows in Doncic’s wake” are some of the headlines I have read about you preparing this interview. What does a young player to not be distracted by all the news that arises around him?

Those things don’t influence me because one day you can do well, but another day you can go wrong. The truth is that I don’t care. It is good that they say that I follow Doncic’s wake but knowing that each person is different. Each player has their own way of growing and improving. But it is good that they say that about you, it means that you are doing things more or less well.

Somehow, are the guys who make it to the first team from the youth squad affected by the high expectations that Doncic set? Or is he a mirror to look into?

In my case, it doesn’t affect me. For young people, he should be a mirror in which to look at ourselves… without getting obsessed. Luka has stood out a lot, but not everyone is Luka. He has probably been the best 18-year-old player ever. Therefore, you don’t have to focus on that, but on yourself. How we can improve for tomorrow to be better players. And that’s it.

Since Alberto Angulo arrived, the evolution of the Real Madrid Academy has been huge. What can you tell us, that hasn’t already been said, about the work with youth squads at the club?

The work is with young squads is exceptional. A lot of training, a lot of work and, as I always say when people ask me, the key in the Academy, the reason why I think we stand out more than elsewhere, is the way we compete with each other, day by day. In training, in games, we always compete with each other to improve ourselves. It is not a selfish competition, but we make each other better by working, either physically, technically… We are always competing and that helps us to be better. 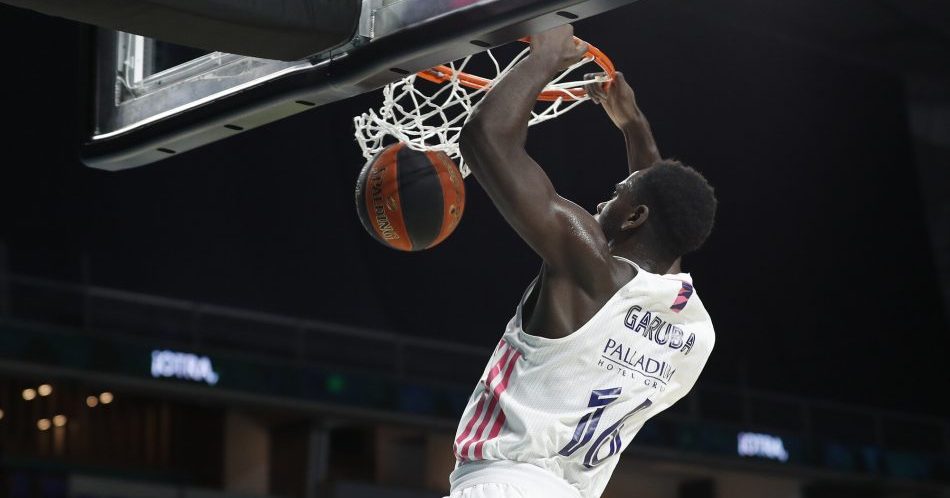 You were the 12th player from the youth squad to make his debut under Pablo Laso. What would you highlight about your coach’s work with young players?

Pablo gives young people a lot of confidence. The truth is that the best thing about Pablo is that he doesn’t care if you’re 16 years old. If you stand out, compete, and do it well every day, he will make you play like someone in their 30s, 35s, or 40s. The age doesn’t matter to him, he doesn’t look at the ID to play. That is always something good.

Is there any advice from Pablo that you always keep in mind?

Not especially. To have intensity, to be always energetic in the game, shoot whenever is possible… but nothing special.

And you are doing it. We have seen you shooting more threes lately.

He tells me to shoot whenever I’m open. And, well, not many of them are going in… but they will. They will.

What about your teammates? Is there anyone that helps you especially?

Actually, they all help me. I couldn’t tell you just one because they all help me. When we are on the bench, in training, anyone gives me advice. They are always there to help. Defensive adjustments, what do I have to do in the offense end, where should I position myself… They all help me.

You made your debut two years ago with the first team. And from that moment, you seemed totally adapted to the level of the competition. In what aspects did you notice big differences?

I had already been doing preseason with them for several years. I hadn’t made my debut but I already felt, little by little, part of the team. Obviously, the change is noticeable. Above all, the athletism. In lower categories, you stand out for the physical aspect. Technically too, but above all because of the athletism. Now you have to use more skills, not everything is physical, and you must know how to do more things. 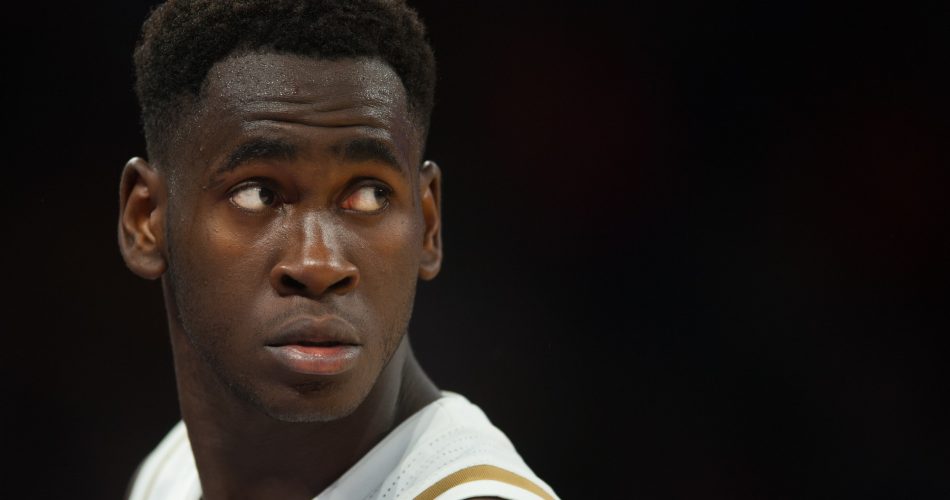 The start of the competition has been rough in EuroLeague, although now you paced up with seven consecutive victories among all competitions. How do you handle the pressure of playing for Real Madrid? A club where winning is the only thing that matters.

Is what they teach us when we are young. The truth is that nothing changes too much from the academy to the first team in this aspect. I’m ok with that pressure, I’ve been living with it since I was a kid. Here, what you have to do is leave your life in the court at all times. It doesn’t matter if you score 2 points, 20 points, or 30 on a given day. It is important to contribute with intangibles and help the team whenever is possible.

It’s being a weird season. I guess you lost the count of the PCRs you had to go through…

Yes, my goodness, what a crazy thing.

How did the trips change in EuroLeague?

Especially, what you said. A lot of controls, a lot of PCRs, and a lot of incertitude with the results [of the tests]. From one moment to the next, you may not travel because of the cases in your team or in the rival. Sometimes it generates uncertainty and doubt, you know? It has happened to many teams. At the last minute, even just before the game starts, they don’t play.

Last week, in the Spanish Women’s League, they had to stop a game at halftime. 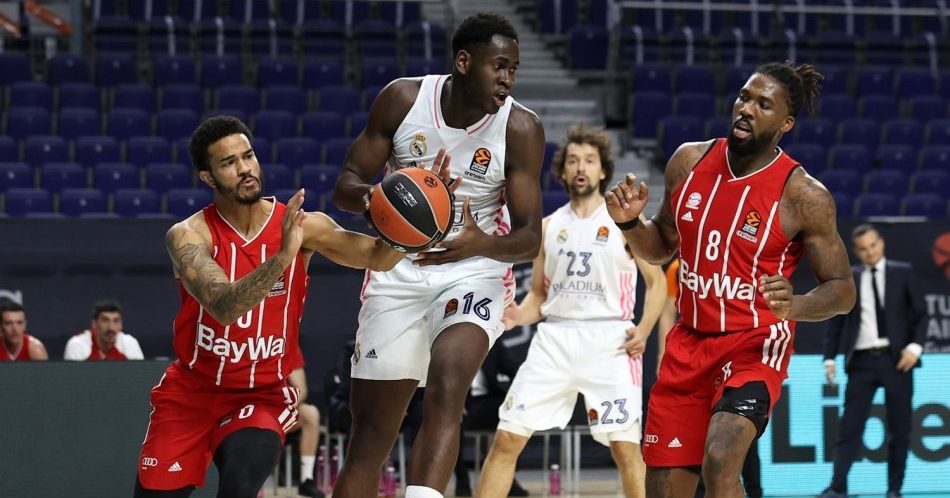 Let’s talk a bit about your role. It has been said that perhaps a center is missing on the team. Many of us thought that you would be the one that would give rest to Edy Tavares, but you play more minutes as ‘4’. How do you feel more comfortable?

It depends on the moment, it depends on the game. I don’t care about playing the ‘5’ or playing the ‘4’. I mean that if I play as ‘4’, I focus more on defending because power-forwards are faster and better shooters. If I play as ‘5’, I take advantage of my speed. Depending on the moment you see it, you adjust to the game. It really depends on many factors. From the game, from the other team… If I tell you the truth, to me it’s the same because I see advantages in both positions. And basketball is based on that, on looking for advantages in every moment.

If we take into consideration your possibility of developing a career in the NBA in the future, I guess that you are proud to be compared to players of great value to the league, such as Draymond Green.

It’s always good to be compared to good players, but it’s not something I’m focusing on right now, really. I think every day about how to improve with the team, how we can win all possible titles, and how to improve the season I’m doing. So I don’t think about it. Comparisons, well, I neither like nor dislike them. Each player is different.

I know they talk about these things, but I don’t care about them at all. What I want is to win as much as possible with Real Madrid.

If I talk to you about the Tokyo Olympics, do you see them as a dream or as a possibility?

And finally, what goals do you set for yourself this season with Real Madrid on a collective and individual level?

As I play for this club, it is obvious that on a collective level it is to win everything. Win every game, win every possible title. We started well with the Spanish Supercup and we seek to continue like this. On an individual level, grow every day as a player. Improve, have more skills, do more things, be more versatile, and above all enjoy. I’m telling you the truth. Enjoy with my teammates, enjoy with the team, enjoy with these good people.