Each week we propose some “cheap” players to fill your EuroLeague Fantasy squad. Since you don’t need any advice from us to pick Shane Larkin or Mike James (for example), here’s a different suggestion.

We are entering the double-game week so you have to fix your team on Tuesday and then make any changes you want Thursday.

Why go with Olympiacos‘ Aaron Harrison? Even though Kostas Papanikolaou returned to Olympiacos‘ practices after a gastroenteritis problem, we believe that Harrison will once again spend time on the court and have a role in coach Giorgos Bartzokas’ rotation.

Harrison returned two games ago from an injury and Olympiacos grabbed two wins in a row (vs. Barcelona and Crvena Zvezda) on the road. The Reds will now face Valencia and Real Madrid at home.

This means that Bartzokas will need to use a lot of players to distribute playing time and manage the rotation. We think that Harrison has an advantage because he proved how valuable he is and also because Papanikolaou just recovered from the issue that kept him out from some days.

We won’t lie to you: Harrison isn’t the “epitome” of a Fantasy player. He doesn’t get a lot of rebounds, doesn’t dish out a lot of assists and doesn’t always score successfully. If his 3-pointers go in, then it’s good.

He has two qualifications: He costs just 0.75 credits and can occupy a spot on any Fantasy roster that needs a guard or forward. He plays in two positions so you can use him for five out of eight available spots on your roster.

We aren’t looking for 20-30 in PIR from Harrison. But he can be “value for money,” especially if Olympiacos beats Valencia (we consider the Reds the favorites in the game).

Harrison is a solid player and we expect an outbreak from him. Why not this round? 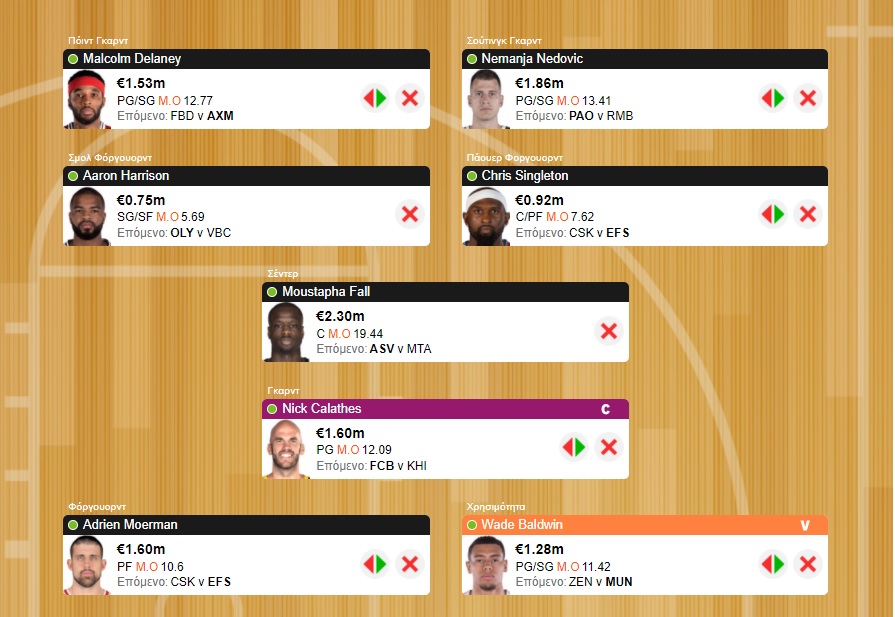 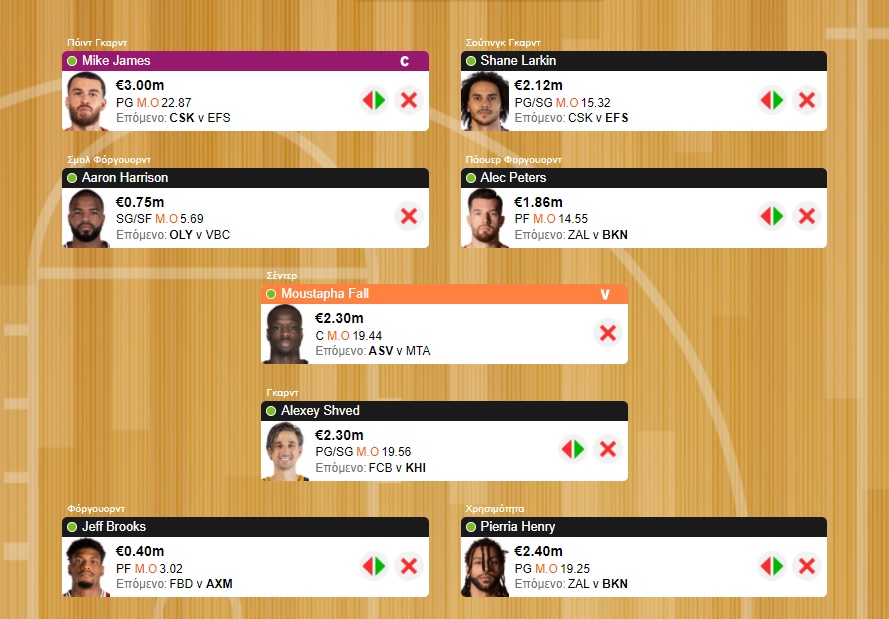