The Turkish Airlines EuroLeague season continues through coronavirus issues as Eurohoops plays EuroLeague Fantasy and shares tips aiming to help strengthen your squad. Our first choice this week comes in the form of Georgios Papagiannis.

Panathinaikos OPAP hosts Anadolu Efes Friday and Papagiannis with Tibor Pleiss matching up opposite to the Greek center. We expect extended playing time for Big Papa evolving him into a sound Fantasy investment.

Head coach Georgios Vovoras tends to keep him on the court for over 20 minutes so far. In response, Papagiannis produces strong Fantasy outings powered by his rebounds, high-percentage shooting, and blocks.

Currently set at 1.33 Fantasy units, lower than the 1.58 price tag for Pleiss, himself set for more playing time with Bryant Dunston sidelined. A budget-friendly decision pushes us in Papagiannis’ direction, but under different circumstances, the German giant can be a solid addition as well.

Olympiacos boss Georgios Bartzokas used Livio Jean-Charles for 22 minutes last week against Zenit Saint-Petersburg and the French forward registered an 11 PIR. Nothing breathtaking here, but he costs only 0.46 units!

Provided Jean-Charles retains those minutes through the competition brought by Georgios Printezis and Sasha Vezenkov, he can potentially complete your eight-man squad at a low price.

Injuries are tough for players but impact Fantasy as well. A prime example is Lorenzo Brown, already a solid performer averaging 11.9 PIR per game. With Nando De Colo out for a month, we believe he will shine.

Brown will not be the only player gearing up to cover for his injured teammate or to be exact take advantage of his absence. Bobby Dixon, Leo Westermann, and Melih Mahmutoglu will be also stepping up and deserve consideration.

We rank Brown higher and he will be our guy. At 1.49 units after setting personal-highs in assists and steals in his first outing without De Colo, we expect him to earn additional playing time and space to operate this month. 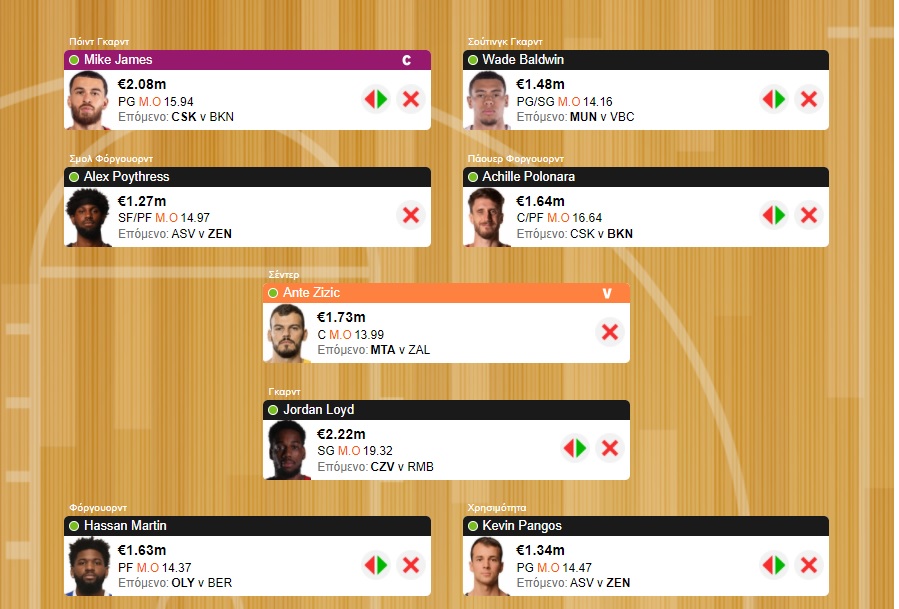