EuroLeague Fantasy: The time has come for Milutinov and Zenit

Nikola Milutinov should make his way to your EuroLeague Fantasy squad.

Nikola Milutinov has played in just two EuroLeague games with CSKA Moscow and averaging 8:25 minutes. This has contributed to his price falling to 1.85, something that makes him an attractive option since we believe that he will find more and more minutes in his team’s rotation.

CSKA faces Valencia and Milutinov may get more playing time and thus register those numbers that we previously saw from him these last years.

There are two Zenit players that began the season in a splendid fashion to help the team grab two wins in two games before the coronavirus hit the club hard. These players, along with their teammates, have recovered and you can acquire them at a fine price.

We are talking about Kevin Pangos and Alex Poythress

Pangos had an impressive entrance in the season, averaging 18.7 PIR. His initial price was low and remains as such. Even if he doesn’t reach his previous standards in the upcoming game against Panathinaikos, it’s worth to spend 1.24 from your budget to get him. You have to consider that his price may see a sudden spike if he continues playing like that.

On to Poythress: He averaged 23:44 minutes in the first two games and he’s an athletic player who can score and get rebounds; remember that he had a double-double of 16 points and 11 rebounds in Zenit’s win over Barcelona. He costs just 1.10 and we believe that he also can produce big vs. Panathinaikos.

Since we are talking about teams that didn’t play these last rounds due to coronavirus cases, let’s take a look at ASVEL and Moustapha Fall. The French center costs 1.20 (that’s low) and averaged 16.5 PIR in the first two games. If ASVEL plays, then he’s a fine big man to pick for your team.

Remember to check the schedule, the available players, and which teams are going to play in order to compile and modify your roster accordingly. 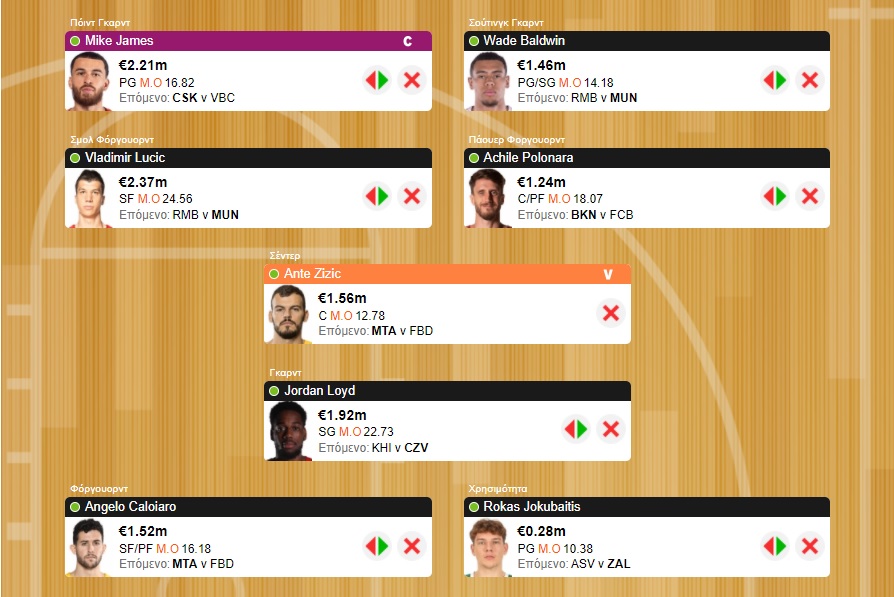 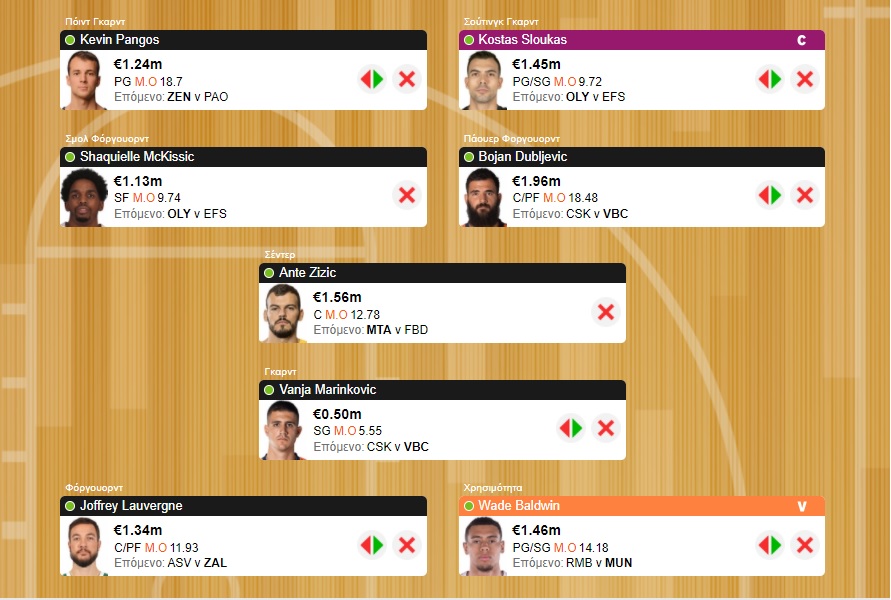