Enes Kanter: If I return to my country again, I want to wear the Fenerbahce jersey

Enes Kanter wants to return to Fenerbahce one day.

Boston Celtics center Enes Kanter posted a message on Twitter saying that if he ever returns to his native Turkey, he’ll want to play for Fenerbahce Beko again. Kanter has been labeled terrorist by the Turkish government due to his support of exiled cleric Fethullah Gulen.

“There is always someone calling me. Thank you, you are not leaving me alone. My dear team and only love Fenerbahce. I wore their jersey with pride and if I return to my country again, it’s the only team that I want to wear its jersey. Thanks and regards to all the board [of the club],” Kanter wrote on Twitter while posting a photo of himself from the days he played for Fenerbahce. He also changed his profile picture to this photo. 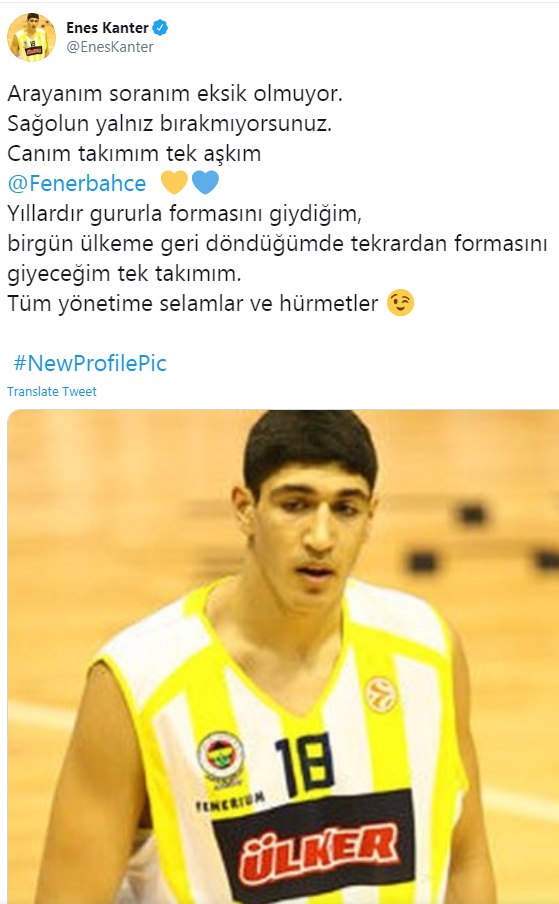 The Turkish government has accused Kanter of “being a member of a terrorist organization” because of his association with Gulen, whose movement has been labeled as a terrorist group. Gulen has been the alleged mastermind of the failed coup d’etat of 2016.

Before moving to the USA in 2009, Kanter was a member of Fenerbahce youth squads and had some appearances with the senior team. He played four games with Fener in EuroLeague in 2008.