EuroLeague is back after last week’s break and so does Fantasy.

Shane Larkin got injured while Vasilije Micic remains sidelined so that gives us a couple of standard choices from the rest of the Anadolu Efes squad.

If you already had Larkin on your team then you can leave him out for a great profit. The American superstar can be sold at a big price and this will give you the opportunity to acquire not one but two top players for your team.

Let’s check them out: 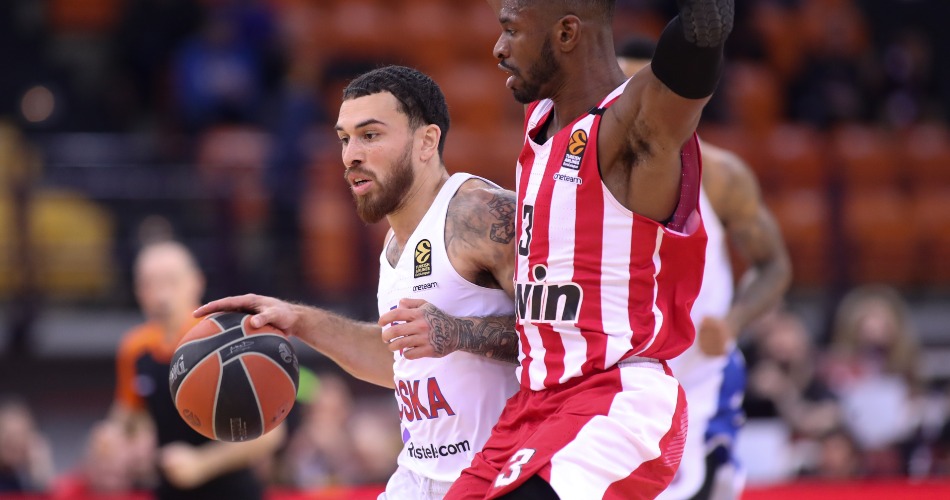 Fist of all let’s take a look at the obvious choices from the top-placed Anadolu Efes.

We suggest getting Krunoslav Simon without second thoughts. His price at 1.52 is attractive and his abilities can’t be disputed. He’s a solid scorer and facilitator. He will make buckets and create while he can also get some rebounds. We think that there’s nothing better at his price in his position (G/F), especially since the two top scorers and passers of Efes will be out.

Rodrigue Beaubois is another Efes player we think you should get. His price? Top-notch, at 1.16. He can go pretty “hot” in no time and score abundantly. If you think about it, Efes will miss around 36 points and 10 assists in the absence of Larkin and Micic. So, someone should bring some of those numbers. Someone like Simon and Beaubois. 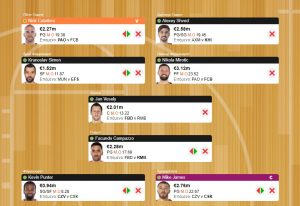 We had to remove Larkin from our team and at least this gave us the necessary points to bring Simon plus two “machine guns”: CSKA Moscow guard Mike James and Khimki Moscow guard Alexey Shved. We also took out Olympiacos wing Brandon Paul (he was down with fever) and Olimpia Milano guard Sergio Rodriguez.

Both James and Shved can bring, more or less, the same PIR numbers as Larkin. So we can win… double. At least we hope so. This is a combination that you can also create so that your team can benefit from the inevitable absence of Efes’ superstar.

Remember when we suggested Jan Vesely at 1.38? Or when we proposed Kevin Punter at 0.54? Well, Fenerbahce‘s big man now costs 2+ and Punter is close to 1.